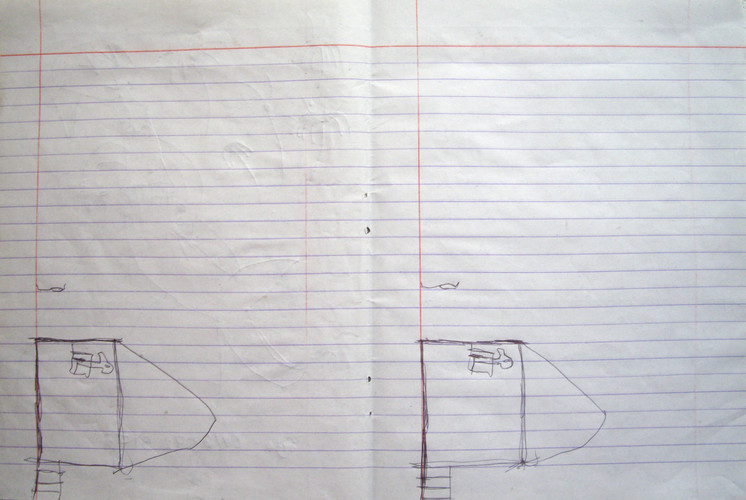 Photograph of a detail of Ringo and Lila Bunoan's Sudden School (Work After Chabet #2) in the exhibition 'Archiving Roberto Chabet' at the Jorge B. Vargas Museum from 3 March - 4 April 2009.