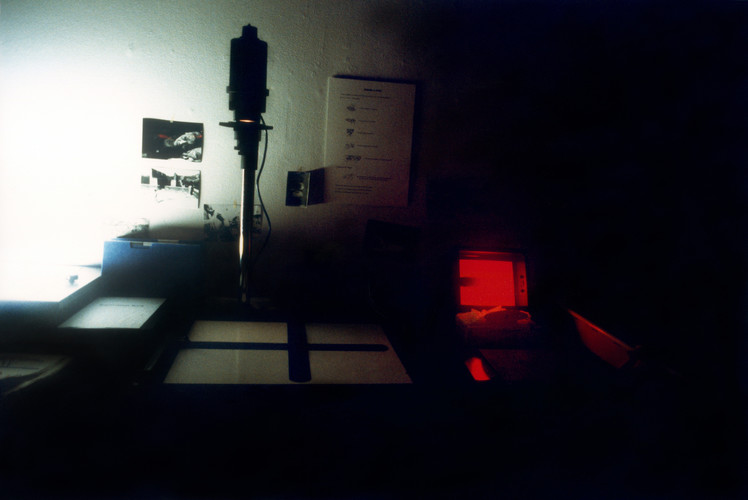 'Darkroom is an open, interactive public artwork. A ready-to-use dark, fully furnished room is deployed in the museum. [Darkroom] encompasses two working areas: (1) Registration and selection of negative films: the audience may, after getting registered, opt for the negative films offered by the artist. (2) Production and display: the audience utilises relevant devices to develop and print their selected negative films offered by the artist or those negative films they have brought forth by themselves, and then display the images in a development tray filled with clear water. In the exhibition, the images in clear water would disappear gradually.

Darkroom is concerned with generating information during the process of delivering the information, of transmitting, consuming and responding the information as well as the nature of the information. It allows the audience to gain a profound understanding of the factual and virtual circumstances in their peripheries. To a certain extent, Darkroom has overthrown the logic featuring 'mass media are manipulated by political powers and commercial interests''