A Defiant Brush: Su Renshan and the Politics of Painting in Early 19th-Century Guangdong

'As the Opium War unfold in Guangdong Province, the painter Su Renshan (1814—c.1850) exploded onto the art scene with a bold, paradigm-turning new voice. A Defiant Brush takes a fresh look at this underappreciated artist in the context of a nascent Chinese modernism.

In 1839, Guangzhou has shifted from a cosmopolitan trading center with a diverse art world into a place of violence. During the following decade, one voice of discontent and defiance rang out above all others: Si Renshan. His provocative, uncompromising, and sometimes ugly paintings berate Confucius for his hypocrisy. He turns his brush trace into graphic lines that mimic the printed page, and he depicts women as alternative exemplars of a moral intelligentsia. It is believed that his outspokenness prompted his father to place him in prison for filial impiety, where he probably painted his last work. During this turbulent period of incipient modernity, close readings of Su Renshan's paintings within the rich contextual history of art in Guangdong Province reveal how the trauma of war prompted a re-evaluation of social and political values, and indeed the moral responsibility of a scholar-artist.' - from the front flap 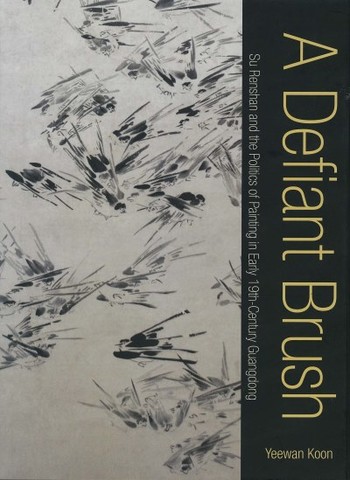 A Defiant Brush: Su Renshan and the Politics of Painting in Early 19th-Century Guangdong 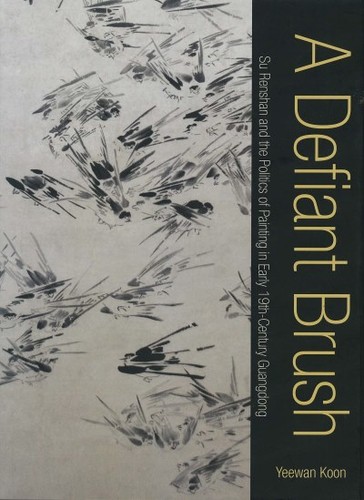