'In Bodies That Matter, renowned theorist and philosopher Judith Butler argues that theories of gender need to return to the most material dimension of sex and sexuality: the body. Butler offers a brilliant reworking of the body, examining how the power of heterosexual hegemony forms the "matter" of bodies, sex, and gender. Butler argues that power operates to constrain sex from the start, delimiting what counts as a viable sex. She clarifies the notion of "performativity" introduced in Gender Trouble and via bold readings of Plato, Irigaray, Lacan, and Freud explores the meaning of a citational politics. She also draws on documentary and literature with compelling interpretations of the film Paris is Burning, Nella Larsen's Passing, and short stories by Willa Cather.' - from back cover 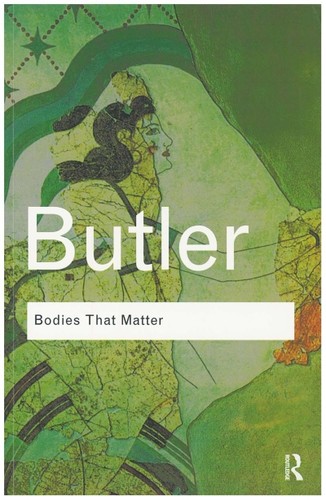