Following independence from Britain in 1947, Indian artists began exploring new forms of artistic expressions - drawing inspiration and ideas from Western modernism, and India's own distinctive culture. Over the next 60 years, new types of work that powerfully embodied political and social critiques emerged. More recently, Indian artists have been making works that respond to urbanization and changing contemporary lifestyles - art that reflects the rapid economic development, and globalization that has taken hold since the 1990s.

"Chalo! India" is a significant survey of new Indian art, including a sociological research project involving architects and intellectuals, and state of the art interactive media work - as befits an IT giant such as India. Most people see India in terms of its rich and influential history, its Gods and devotion, Bollywood movies, or its awakening as an economic giant. However, there is so much more to the complex and dynamic India of today. 'Chalo! India' explores and celebrates the depth of this country; the contradictions of its society, the dreams and hopes of its people, and its energy and passion toward the future.

Artist biographies are provided in the present catalogue. 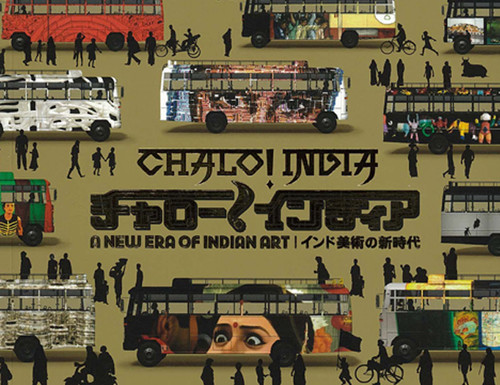