'Four exhibitions of contemporary art curated by Lucy Lippard have become known as her 'numbers shows'. Each took the population of the city in which it was shown as its title: ‘557,087’ in Seattle, ‘955,000’ in Vancouver, ‘2,972,453’ in Buenos Aires and ‘c.7,500’ in Valencia, California, and touring.
This book examines the numbers shows and follows Lippard’s trajectory as critique and curator, tracing her growing political engagement and involvement with feminism. archival material is complemented by a new essay by Cornelia Butler and interviews with Lippard, Seth Siegelaub and exhibiting artists as well as critical responses written at the time by Peter Plagens and Griselda Pollock. The volume also includes an essay by Pip Day artists’ initiatives in Argentina as a context for Lippard’s emerging political consciousness.' - from back cover. 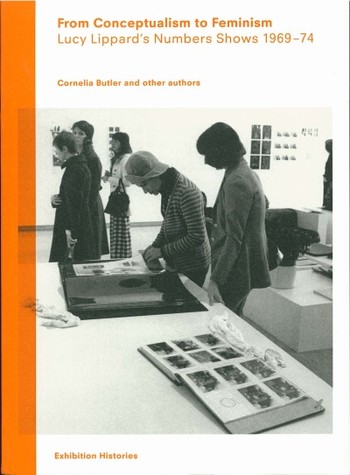