'David Summers sets forth that current formalist, contextual and post-structural approaches fail to provide an adequate account of all art, particularly art produced outside the Western tradition. He argues that there are profound problems right at the heart of Western thinking about art, and his new framework is an attempt to resolve these problems.

'At the core of the argument is a proposal to replace the notion of the 'visual arts' with that of the 'spatial arts', comprising two fundamental categories: 'real space' and 'virtual space'. Real space is the space we share with other people and things: the fundamental arts of real space are sculpture (the art of personal space) and architecture (the art of social space). Virtual space - which always entails a format in real space (thus making real space the primary category) - is space represented in two dimensions, as in paintings, drawings and prints.

'Adopting a wide definition of art that in principle embraces anything that is made, and underpinning his arguments with detailed examination of artefacts and architecture from all over the world, Summers develops his thesis in a series of chapters that broadly trace the progress of human skill in many different traditions: from the simple facture of the first tools to the sophisticated universal three-dimensional grid of modern technology, which he describes as 'metaoptical' space. In a sequence of far-reaching and revealing discussions of facture, places, centres, three-dimensional and planar images, virtuality and perspective, and the centreless metaoptical world of Western modernism, Summers creates a conceptual framework that always relates art to human use, and enables us to treat all traditions on an equal footing within universal categories.

'At the same time, this infrastructure can help to understand the dynamics of opposition and conflict both within and between cultures. Formalism and other theories of art are not rejected. Rather, in this wider context they can be identified and evaluated within the Western tradition whence they originated, without some naive universal validity being ascribed to them.

'Within this broad plan there is incredible wealth of detail and energy of description. The author's constant engagement with actual works of art is always lively and convincing; his analysis of the concrete metaphors that lie behind our critical vocabulary is revealing and thought-provoking; and his clear-headed and courageous engagement with important issues is most impressive.

'Some of the author's language and terminology may, for the novice, prove an alluring challenge at first. However, Summers writes with exceptional clarity: new terms are carefully defined and explained in such a way, that the reader will not only understand them but also appreciate why such terminology is essential to a work of such profound philosophy. What is striking is that the author is always using language in order to think about the real world, and not in order to retreat into a closed world of academic scholasticism. He insists that all art is made to fit human uses, and can never be separated from the primary spatial conditions of those uses.

'With its universal scope and its sympathetic understanding of the innumerable forms that art can adopt, this is a book that will stimulate people to think in entirely new and fruitful ways about the human purposes of art, and also to think more deeply and critically about the intricate relations between art, political order and technology.' (from publisher's website)

Includes a glossary and an index. 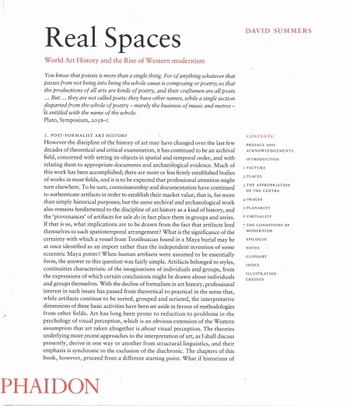 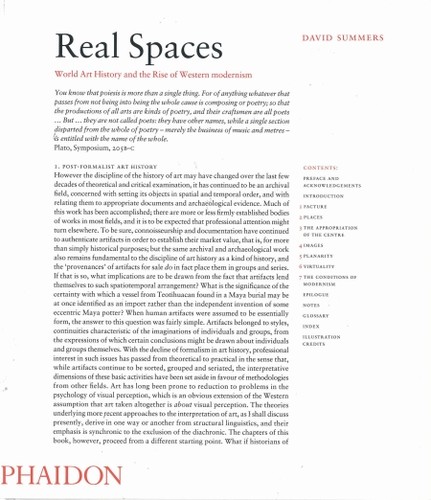 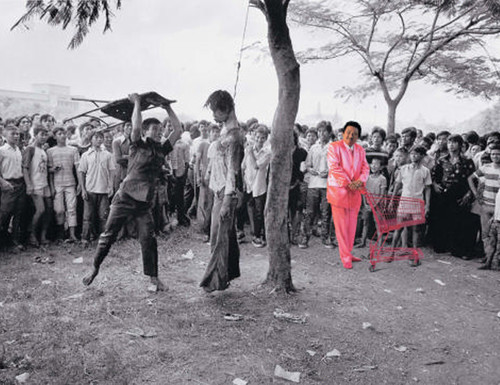