This volume comprises selected essays written by art critic/curator Li Xianting between 1980s and 2000s. It is the first anthology of Li published in Taiwan which touches on a variety of topics in the development of contemporary art in China; from Socialist Realist art amidst the 'Mao era', to the foundation of shuimo and its renewal in the New Literati Painting in the modern period, and to 85 New Wave and the coinage of terms such as 'Cynical Realism' and 'Gaudy Art'.
Includes also afterwords by Li Sixian and An Huaibing. 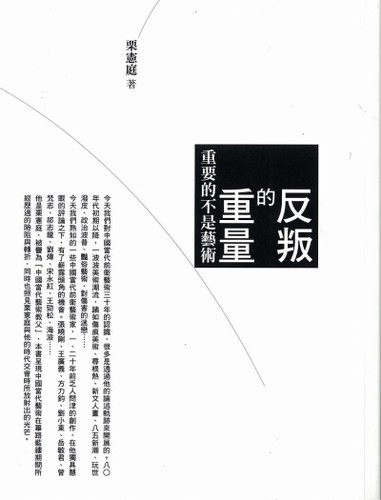