Petra Poelzl is awarded with a research grant by Asia Art Archive with her project “Performative Art Practices in Chengdu during the 1990s.” 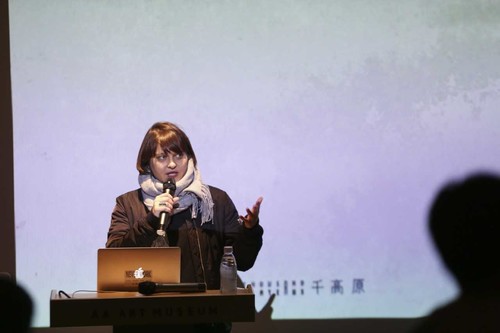 Poelzl undertakes intensive field research on the art scene in Chengdu, focusing on performative art practices during the 1990s. Poelzl went to Beijing, Chengdu, Chongqing, and Shanghai several times to conduct interviews with artists, critics, and other collaborators involved in two major event in the southeast part of China. One is the community-based water activism initiative Keepers of the Waters founded in 1991, and another is the formation of 719 Art Studio Alliance of eight artists and led by the performance artist Dai Guangyu, active from 1997 to 2000. She extensively collected newspaper clippings from 1995 to 2005 that features discussions on performative art practices in Chengdu, as well as photographs and other relevant ephemeras. The project draws on the Betsy Damon Archive to discuss the context in which these performances were initiated and became a collaboration between artists, activists, and an unexpectedly wide group of the general public. Additional research material for Poelzl’s project is also available via Asia Art Archive in Hong Kong.

Petra Poelzl is a freelance curator, dramaturge, and researcher based in Berlin, Germany, and Graz, Austria. Her PhD research at the Free University in Berlin centres on performative art practices after the post–shock art boom in China. She has been involved in numerous projects focusing on Chinese contemporary art, including Zhou Bin: Nothing to Say, Museum of Contemporary Art Chengdu (2016); Corporate, Xu Zhen (Produced by MadeIn Company), Kunsthaus Graz (2015); and Up-On Performance Art Festival (2016 and 2017) in Chengdu. Poelzl was a dramaturge for steirischer herbst Festival for New Art in Graz (2014–16). Since 2016, she has been working closely with artist Tianzhuo Chen on his stage performances. In 2018, Poelzl will serve as the co-curator of ACUD gallery, a project space in Berlin.

Jury for the research grant include:

Heaven Is High and the Emperor Is Far Away: Recontextualizing Performance Art Practices in China During the 1990s
Resources | Contemporary context