Talk | Learning What Can't Be Taught: In Conversation with Leah Wang Lihua and Chen Haiyan | Mandarin

Organised in conjunction with Learning What Can’t Be Taught, the current exhibition at AAA Library, this programme brings together two artists, Leah Wang Lihua and Chen Haiyan, who were students at the Zhejiang Academy of Fine Arts (ZAFA) around the same period. Wang graduated from the Oil Painting Department in 1985 under the guidance of Zheng Shengtian—one of the six artist-educators highlighted in the exhibition—while Chen graduated from the Printmaking Department in 1984 and has been working as a teacher at ZAFA since then.

Moderated by AAA Researcher Anthony Yung, this talk invites Leah Wang Lihua and Chen Haiyan to discuss their artistic developments in the context of art education—the learning experiences they had at ZAFA, the teachers who have influenced their practice, and the representation of women artists in art education in China. This conversation extends the premise of the exhibition to propose artistic lineages through pedagogy, and provides perspectives from two female art students from the 1980s.

The event will be held in Mandarin, with English simultaneous interpretation. Leah Wang Lihua was born in 1959 in Qingdao, China. From 1981 to 1985, Wang studied in the Zhejiang Academy of Fine Arts and attended a master class with Zao Wou-ki in 1985. From 1987 to 1993, she taught in the Stage Design Department of Shanghai Theatre Academy. During that time, she was the founding director of the academy’s art gallery. In 1993, she moved to the US. In 2004, she earned an MFA degree in painting from Ohio University. She received the Ohio Arts Council 2017 Individual Excellent Artist Award. Wang currently lives and works in Columbus, Ohio, US.

Chen Haiyan was born in 1955 in Fushun, China. She began her artistic career in the mid-1980s and is known as a leading contemporary printmaker in Chinese art. Her works were shown in Beyond the Open Door (1987) and I Don’t Want to Play Cards with Cézanne (1991), two of the earliest exhibitions of contemporary art from China held in the US. She has held solo exhibitions at Cornell University, Asia Museum (Daejeon), Ink Studio in Beijing, Fujian Art Museum in Fuzhou, and China Academy of Art in Hangzhou, among others. Chen is currently a professor in the Print Department of China Academy of Art. 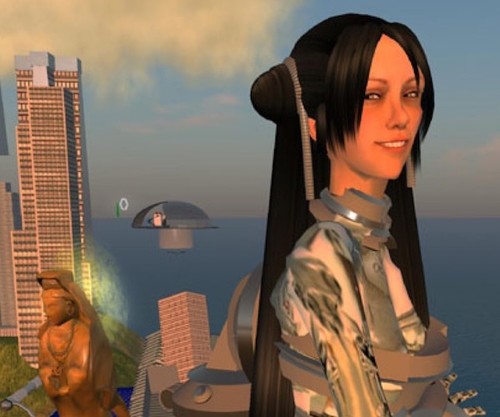