Image: Travel photo taken in the 1970s in Hong Kong , 20 years before the handover of British-colonial Hong Kong to Mainland China.

How we define 'Asia' at Asia Art Archive is the question we are most frequently asked. Acknowledging both the value and limitations of the map as a tool, this project practices a mapping of Asia that does not exclusively depend on the map as artifact, but as something that lives and continues to unfold. We share with you some of the threads and (to borrow a geological term) hot spots that are currently shaping our notion of Asia.

You can see the nice view of China from here is a travel photo taken in the 1970s, 20 years before the handover of British-colonial Hong Kong to Mainland China. For present-day Hong Kong, the significance of the sign as marking two distinct territories remains critical to understanding the dissension between them. The sign embodies the wedge between the territories, a relationship that is fraught with both dependence, with Hong Kong relying on Mainland China for nearly all of its energy sources, as well as distrust and resistance—Mainland Chinese are still required to carry a special visa to travel to Hong Kong, and there is a growing xenophobia of Mainland Chinese, who are often referred to as 'locusts' in the city. With its recent colonial history, status as one country/two systems, ethnic minority communities, and fraught cultural and political identity, how has Hong Kong become a platform to reconsider the very idea of nationhood? And how can we share these experiences so that societies in Asia and around the globe may enrich one another's points of reference, providing alternative horizons and perspectives from those well-travelled?

From Hong Kong, the Mapping Asia project traverses land and sea, connecting Guangzhou to Peru, Lesotho, and Elba. We attempt to summon mythologies and track roaming tigers, and we trace intellectual discourses around art and modernism from 20th century Santiniketan, Yangon, and Boston to 21st century Kaohsiung and London. By taking a field note-like approach and interweaving artwork, essays, an email exchange, literary extracts, a film plot, exhibition reviews, music, newspaper clippings and comics, we wish to open up multiple vantage points from which to consider Asia, looking beyond inherited boundaries, histories, and political and economic systems to  entanglements and connections across time, sites, and geographies. As part of Asia Art Archive’s ongoing work, Mapping Asia is one way we hope to positively destabilise the often debilitating notions of territories that we have inherited by activating less visible or dormant sites of knowledge. 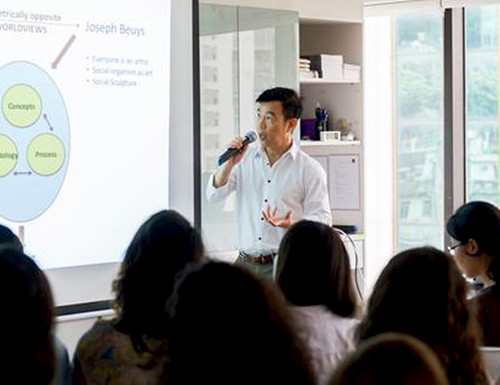