The translation of memory, history, and text into a visual language is at the core of Nilima Sheikh’s artistic endeavours. In this talk, Sheikh opens up the past two decades of her engagement with histories of displacement and violence through her works on the partition of the Punjab and the contested terrain of Kashmir. As sites formed through complex accumulations of past and present, Sheikh refigures these histories through stencils and canvas scrolls, and through citations of fiction, poetry, folklore, as well as journalistic and historical accounts.

Following her talk, Sheikh will be in conversation with AAA Researcher Sneha Ragavan. Please join us for a breakfast at AAA Library from 10am to 12pm.

The exhibition Lines of Flight, which brings together documents from Nilima Sheikh’s archive to explore the role of travel in her practice, is on view at AAA Library from 22 March to 30 June 2018. For more, see here.

Nilima Sheikh is an artist based in Baroda, India. For the last five decades, Sheikh has worked on paper, installations, large scrolls and screens, painting, illustrations for children’s books, and theatre set designs. She began exhibiting her work in 1969 and has participated in numerous group exhibitions, including most recently documenta 14 (Athens and Kassel, 2017). Recent solo exhibitions include “Each night put Kashmir in your dreams,” Chemould Prescott Road, Mumbai (2010), Lalit Kala Akademi, New Delhi (2010), and The Art Institute of Chicago (2014); and Terrain: Carrying Across, Leaving Behind, Gallery Chemould, Mumbai (2017). Sheikh's work is held in public collections at The Art Institute of Chicago; The Queensland Art Gallery, Brisbane; and The New Walk Museum and Art Gallery, Leicester.

A shuttle bus between AAA and Hong Kong Convention and Exhibition Centre is available. The shuttle will depart from Grand Hyatt Hotel, Wan Chai, at 10am, and then return to HKCEC at 12 noon. 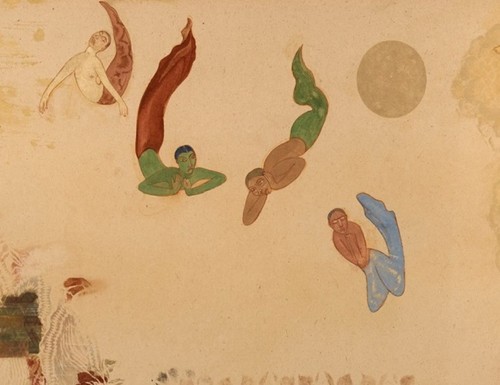