We live in a world on the move. According to the World Bank, one out of every seven persons is an international or internal migrant who moves by force or by choice. In her talk, the sociologist Peggy Levitt considers how museums help foster successful, diverse societies with a sense of responsibility towards communities beyond their own.

Levitt researched museums in Europe, the United States, Asia, and the Middle East. She spoke with museum directors, curators, and policymakers about the paintings, iconic objects, and benefactors that define their collections. In her talk, Levitt argues that museums remain an underutilised tool in shaping citizens and in the fight for social justice—they must play a more active role if they want to survive and thrive in the twenty-first century. 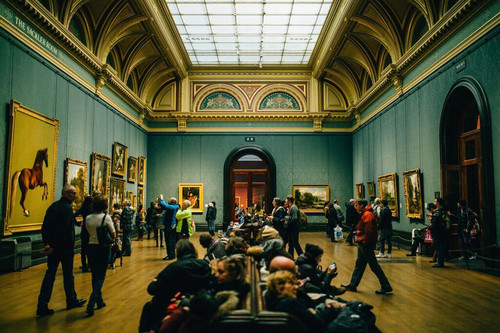 Peggy Levitt is Chair of the Department of Sociology and the Luella LaMer Slaner Professor in Latin American Studies at Wellesley College and Co-director of Harvard University’s Politics and Social Change Workshop. Her most recent book is Artifacts and Allegiances: How Museums Put the Nation and the World on Display. Her current research examines global citizenship and global social protection.