tammy ko Robinson | The Fall of the I-Hotel

The Fall of the I-Hotel (57 min) is a 1983 film about urban struggles, solidarity movements, and artists as cultural workers. Produced and directed by Curtis Choy, the film captures a community’s battle to save the I-Hotel in San Francisco—a single room occupancy dwelling that hosted low-income and elderly Filipino and Chinese American tenants—whose residents were forcefully evicted in 1977 as part of urban renewal plans. Choy combines black and white and colour footage, stills, and newsreel videos to show over ten years of efforts to save the I-Hotel from demolition and to preserve the Asian American community organisations that formed around the building. An active participant in the movement, he also serves as a witness, creating a living archive of the struggle.

Following the screening, artist and scholar tammy ko Robinson discusses the film, the I-Hotel movement, and archiving as a medium in art practice. Over the last decade, ko Robinson—with fellow artist-researcher Jerome Reyes—has been involved in a long-term research, material culture study, and archiving project around the cultural legacy of the I-Hotel from the 1970s onwards. During this talk, ko Robinson investigates how cities are co-authored by their residents and how the cultural identities of communities take shape across time, beyond a particular place. She asks: How do different generations engage in conversation to fight for migrant justice? How do the arts contribute to the formation and viability of democratic spaces? Image: Tenants of I Hotel. Courtesy of Jim Dong.

tammy ko Robinson is an artist-researcher based in Seoul. Her body of work explores decoloniality and the stewardship of airwaves, land, and water through videos, installations, and archive creation. ko Robinson's works have been exhibited at ArtSonje, Bongsan Art Center, Kukje Gallery, San Francisco Museum of Modern Art, and the Seoul Museum of Art, among others. Her writings have been published in The Hankyoreh, Pressian, SPACE Magazine, Asia-Pacific Journal, ArtAsiaPacific, KoreAm, Flash Art, and InSEA. Formerly faculty of the School of the Art Institute Chicago and the San Francisco Art Institute, she now serves as an Associate Professor at Hanyang University where she teaches cinema and new media.

This event is partly supported by the Hong Kong Jockey Club Charities Trust as part of The Ha Bik Chuen Archive Project (2016–2019). 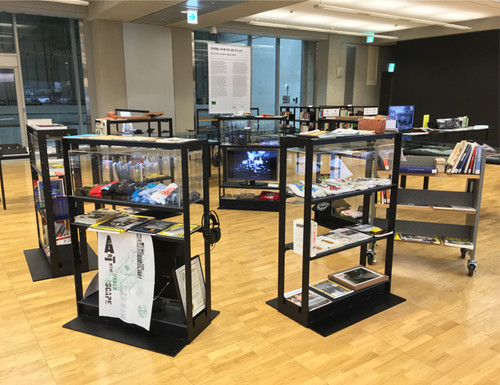