Chen’s project, “From Socialist Realism to Social Reality: April Photo Society, 1976–1989,” aims to develop an exhibition examining the transition in Chinese photography from Mao era’s Socialist Realism to a humanistic concern for social reality during the 1980s. Through an analysis of the photographic works and writing of key members of the seminal group—April Photo Society—this transformation could be evidenced both in the choice of subject matter and the aesthetic of their photographs. Despite carrying a certain rhetoric from Socialist Realism, the April Photo Society’s images started to reflect on the nature of “real life” and society as a direct result of the 1976 Tiananmen Incident. By studying the activities of these photographers through exhibitions and publications they produced, this research also seeks to position their unofficial role as a method to resist and later collaborate with the state in order to fulfill the transformation to social reality. The research and exhibition also demonstrate how these photographers self-organised a collective to navigate between newly available social and cultural spaces; how certain individuals responded to the communal space of the group as well as the broadening public sphere during the first decade of China’s reform era.

Chen presents her findings in her AAA talk "From Socialist Realism to Reconstructing Realities: April Photo Society, 1976–1988" and her final paper can be found here.

Chen Shuxia is a PhD candidate in the Australian Centre on China in the World at the Australian National University, researching "amateur" Chinese photography groups active in the 1980s and their relation to the state. Her research interests include contemporary Chinese art and culture, and modern Chinese intellectual history. Shuxia holds an MA in Art History from the University of Sydney, and an MA in Studio Art from Sydney College of the Arts, University of Sydney. Her photographic artwork was recently featured in the 2013 OZ-Asia Festival, Adelaide; while curated exhibitions in 2012 include Shen Jiawei: Brothers and Sisters and Make Yourself At Home in Sydney. 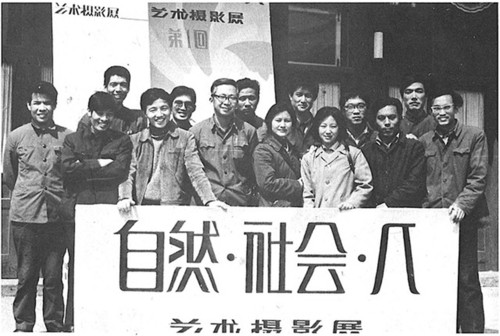