This publication documents a performative work entitled 'Native Women of South India - Manners and Customs' by Pushpamala, a South Indian artist, and Clare Arni, a British photographer who has lived most of her life in South India. The project investigates images of South Indian women using the genre of photo-performance. By recreating characters of South Indian women from familiar or historical sources, ranging from newspaper photographs, calendar icons, film stills to 16th century miniature painting, the work comments on and raises questions about female representation, high and low art, ethnography and ideas of race and caste, colonialism and Indian modernity, as well as history of modern Indian art and photography. The project ends with a show held in five different cities - Bangalore, Mumbai, Kolkata, New Delhi and New York, from 2004 to 2005. Based on the concept of a film or theatre museum, the exhibition shows more than 250 photographs in four series, each printed and framed in a different format according to the meaning of the work and exhibited along with the painted backdrops, curtains, props and costumes. Artists' interview by N. Rajyalakshmi, biographies and exhibition installation shots are included in this book.
Access level

Chapter headings
This is not an Inventory: Norm and Performance in Everyday Femininity

The Elimination of Authenticity 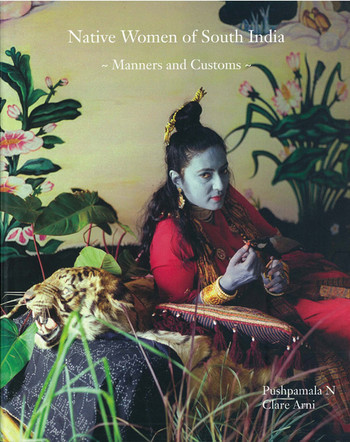