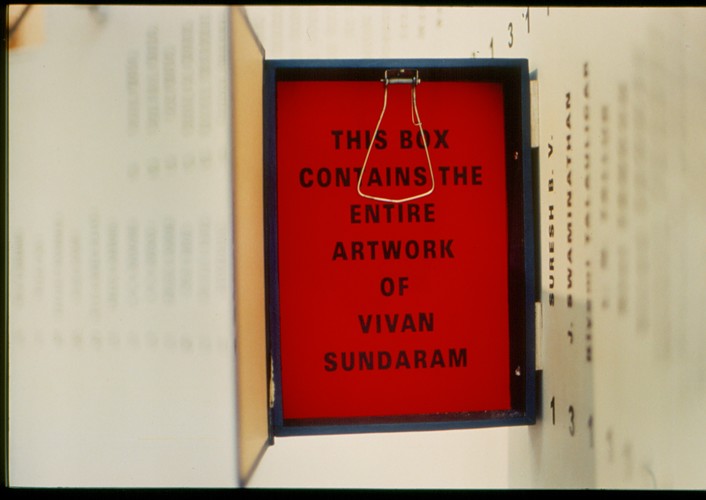 This image is a close-up shot of a project by Vivan Sundaram as shown in the exhibition titled 'crossing generations: diVERGE.'

Table with 12 velvet albums and electronic text-display board; Paint on the wall