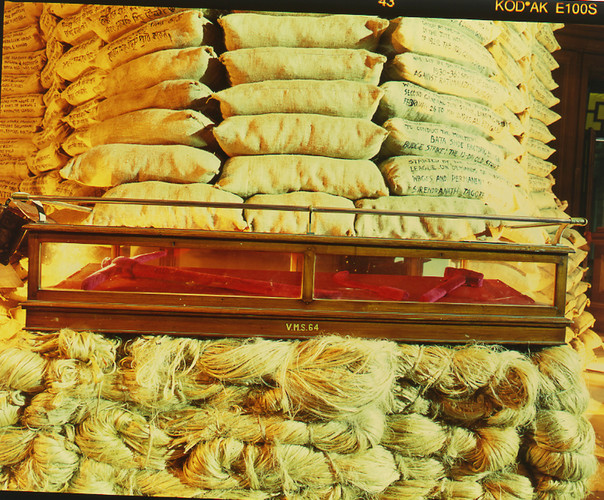 Memorial to Labour, Symbols of Socialism, Golden Coil is a section of Structures of Memory: Modern Bengal which consists of several components: chronicle of peasant and working-class struggles written on jute bags stacked to make a rising wall; vitrine with coil of jute fibre; vitrine with axe, hammer and sickle, encased in red velvet.