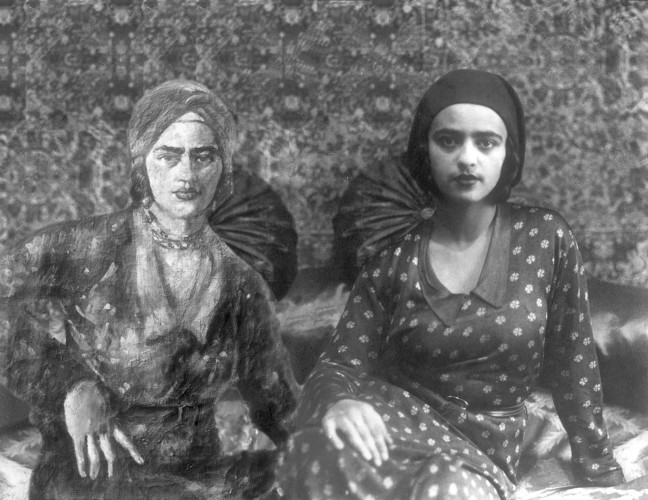 'Amrita probably used this photograph to make her self-portrait. Notice that the dress she wears has similar dots in the painting. By adding a heavy necklace and turban to her portrait she foregrounds her Eurasian identity. Amrita came under the influence of Delacroix’s romantic and oriental paintings in the 1930s. A grand colonial exhibition took place in Paris, also in 1930, and the exoticism of the east was a presence in Parisian culture and fashion of that decade.'