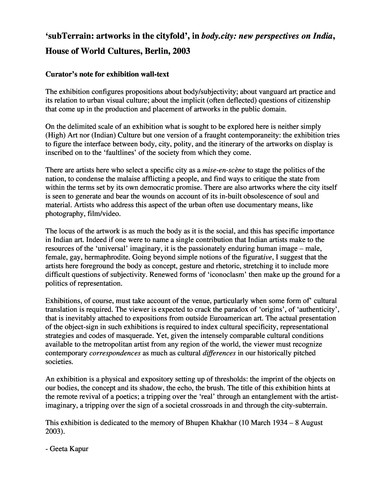 This unpublished document is the curator's note for exhibition wall text produced by Geeta Kapur for the exhibition titled 'subTerrain: Artworks in the Cityfold,' held at the House of World Cultures, Berlin.