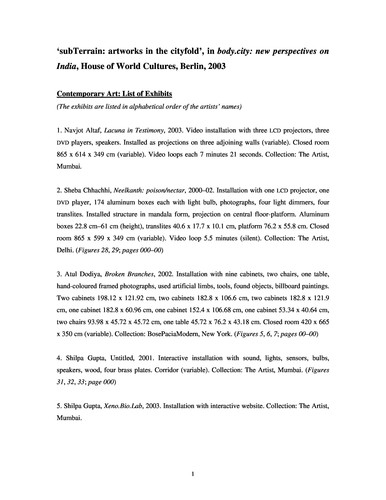 This unpublished document is a list of exhibits produced by curator Geeta Kapur for the book, 'body.city: siting contemporary culture in India.' The book was published on the occasion of the exhibition titled 'subTerrain: Artworks in the Cityfold,' held at the House of World Cultures, Berlin.