‘K. G. Subramanyan - Retrospective Exhibition’ was held on the occasion of conferring of the
Kalidas Samman 1981-82 to K. G. Subramanyan by the Govt of Madhya Pradesh. The retrospective was held at Roopankar Museum of Fine Arts under the auspices of Madhyapradesh Kala Parishad, the State Academy for visual and performing arts. Unveiled for the public o by then Prime Minister Indira Gandhi on the day of the presentation of the award on 13th February 1982, this exhibition was open for three weeks. This exhibition was organised by Gulammohamed Sheikh. The assisting committee consisted of artists Laxma Goud, Mrinalini Mukherjee and Nilima Sheikh. The blows up of the photographs for the exhibition were done by Jyoti Bhatt. The exhibits included oil and glass paintings, terracotta, drawings, prints, photographs of the murals, samples of weaving, toys and publications.  This exhibition also coincided with the inauguration of the new art complex, Bharat Bhavan at Bhopal. 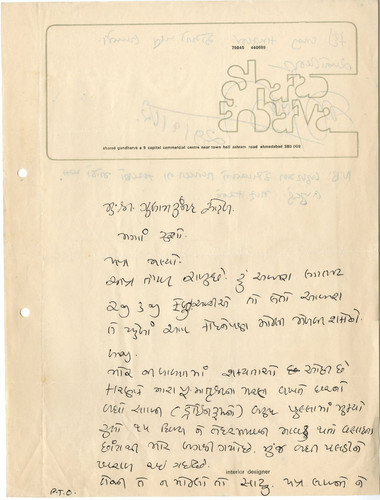