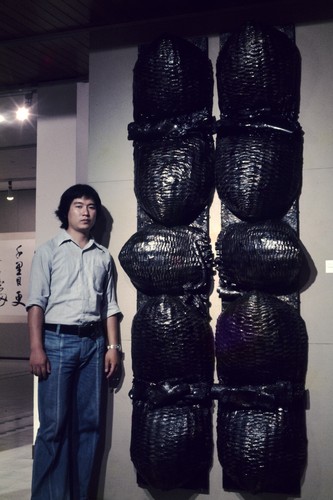 Frog King with his sculptures made of baskets, displayed at 'Exhibition of Works by Urban Council Art Award Winners' in 1976, alongside with two other sculptural works by the artist,  Bamboo Sculptures and Flight. Flight was later presented in the garden of City Hall, Hong Kong S.A.R., China.

According to Frog King, his sculptures are often experimental in nature, serving as attempts to utilise alternative materials in the early days.