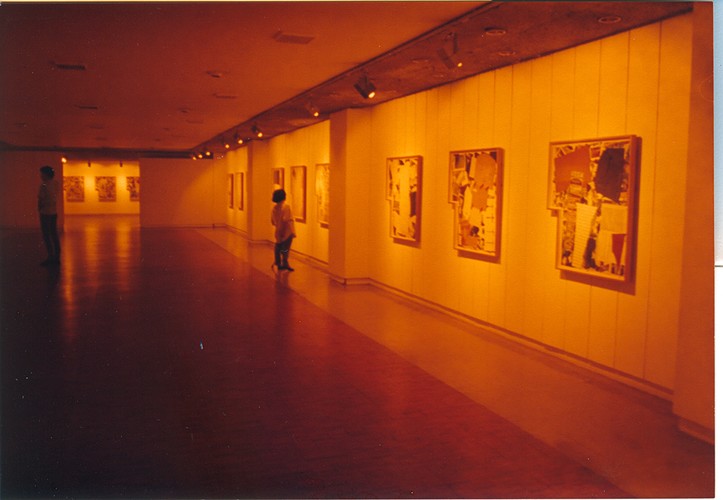 Photograph of Nilo Ilarde and Joy Dayrit viewing the works in Roberto Chabet's solo exhibition, 'China Collages: 1980 - 1990,' at the Cultural Center of the Philippines Main Gallery, 1992.