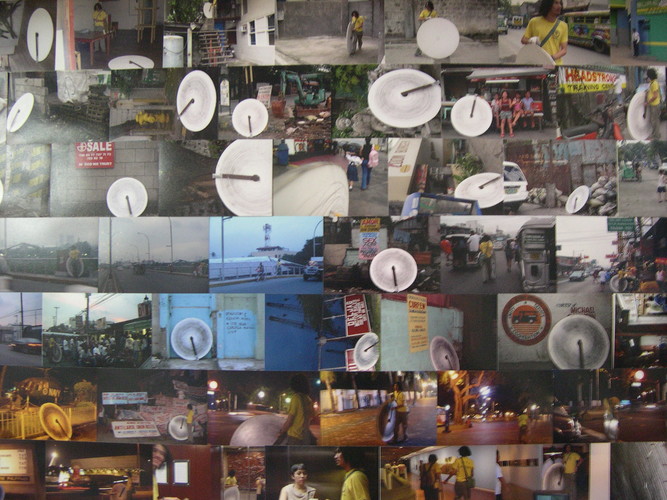 Part of Poklong Anading's Drawing in Circles.
The work is part of the exhibition 'Under Construction' curated by Roberto Chabet at Big Sky Mind, 18th Avenue Artists' Compound in Cubao, Quezon City from 29 November - 31 December 2003.