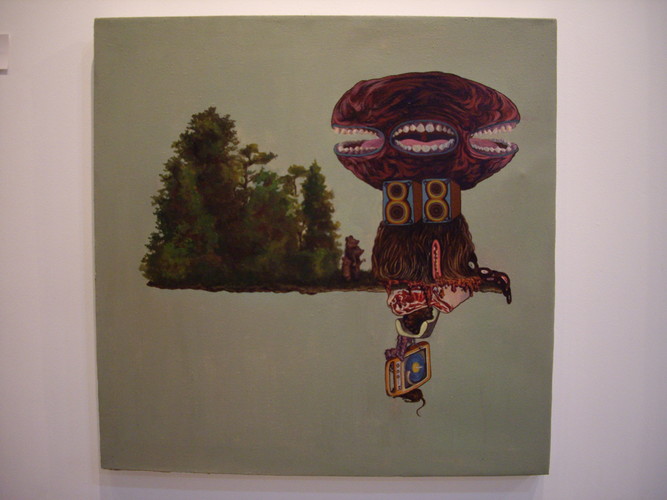 Mariano Ching's painting Meat Beat Manifesto in the exhibition 'I Have Nothing to Paint and I'm Painting It' curated by Roberto Chabet and Nilo Ilarde at Mo_space from 6 August - 16 September 2007.