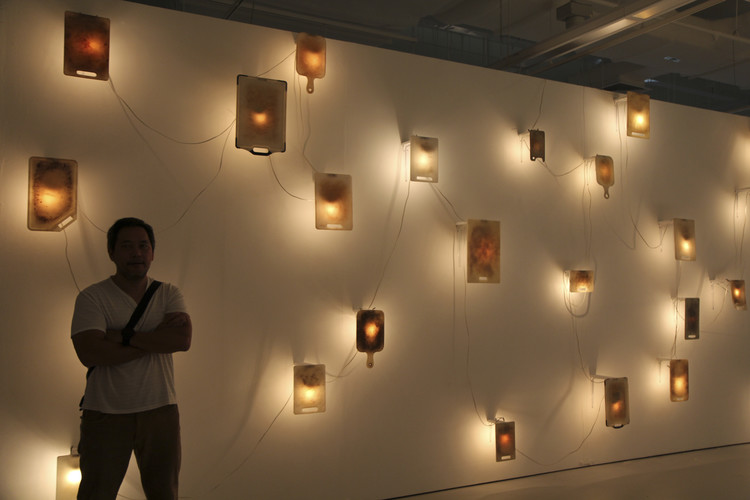 Photograph of Juan Alcazaren with his work titled Involuntary in the exhibition 'Complete & Unabridged Part I', curated by Ringo Bunoan, Isabel Ching and Gary-Ross Pastrana at The Institute of Contemporary Arts Singapore (ICAS), La Salle College of the Arts from 18 February to 26 March 2011.