This catalogue is published in conjunction with Biennale Jogja XI held from November 2011 to January 2012.

'Biennale Jogja XI / Equator #1, is the first in a series of five international biennales in Yogyakarta, Indonesia. The geographical point of reference for these Biennales is countries that are located near the equator (23.27° north and south of it) and the series shows Indonesia's cultural engagement with the participating countries.

Shadow Lines, the first edition in this series, brings together forty artists from Indonesia and India. Shadow Lines suggests imaginary lines that draw people together and pull them apart; it also refers to geo-political borders and the creation of modern states in South Asia.

Curated by Alia Swastika (Indonesia) and Suman Gopinath (India), the Biennale, with its overarching theme of "Religiosity, Spirituality and Belief" attempts to present ways in which artists from the two countries address and interpret their contemporary conditions, informed by their personal experiences, as also by the the political structures of the countries they live in.' — from the back cover

With essays by Eko Prawoto, Agung Hujatnikajennong, Agastaya Thapa, Alia Swastika, and Suman Gopinath. Images of artworks and documentation of projects are featured in the middle section of the catalogue between the Indonesian and English texts. Artist statements and biographies are provided. 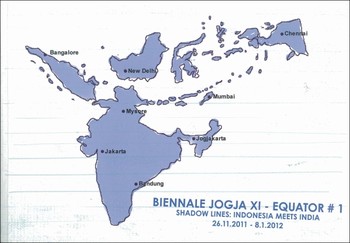 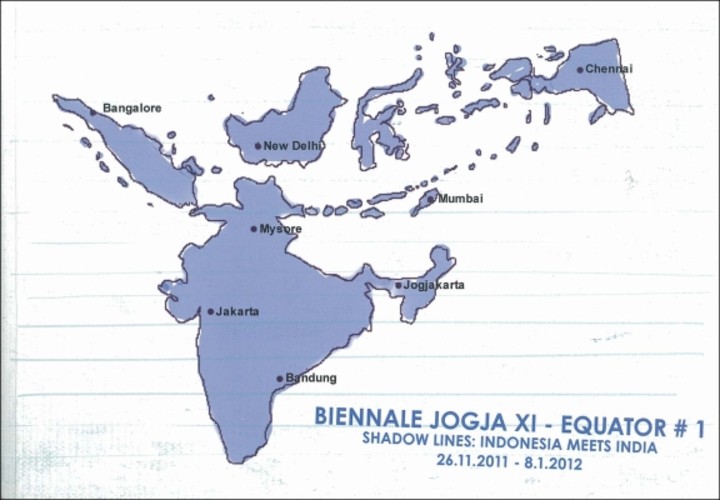