'As the 21st century draws near, Asia's great cities are facing enormous change. We are witnessing the dawning of a new model of modernity, open to all types of cultural influences and carried by the tide of technological developments. This incredible boom has sparked off dramatic tensions in urban life. The blending of two different worlds, of East and West, into a hybrid culture is one of the major characteristics of these countries...Art is being produced in these cities with new force, energy and impetus. Contemporary creation has not only shown itself to be sensitive to social change, it is also contributing to the rise of a new form of modernity that affects all fields of creativity: film, video, architecture and the visual arts.' - excerpt from preface by Henry-Claude Cousseau, Director of the CAPC Musee of Contemporary Art. This catalogue also includes a preface by Werner Wurtinger, President of the Vienna Secession. Non-Asian participating artists include David D'heilly, Jacques Herzog, Pierre de Meuron, Aglaia Konrad, Rem Koolhaas, Greg Lynn, Fiona Meadows, Frederic Nantois, and Rudi Molacek.

Cities on the Move 1, 移動中的城市 1

Contemporary Asian Art on the Turn of the 21st Century,

Cities on the Move: The Asian City in the Nineties: Between Apotheosis and Apocalypse

Cities on the Move 2, 移動中的城市 2 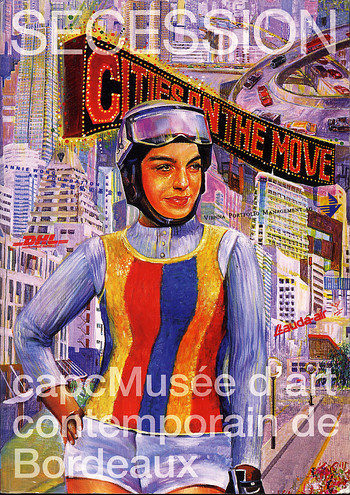