'I wrote and sketched in the style of the time, a socialist-realist style, and I wrote with all my heart.' — Pham Thanh Tam

'Artist and military reporter Pham Thanh Tam was twenty-two years old in 1954 when he wrote his diary and created his sketches at the battle of Dien Bien Phu during the Franco-Vietnam War (1946-1954). Fought in northwest Vietnam by the Viet Minh forces of General Vo Nguyen Giap against the French colonial power, Dien Bien Phu has been described as the Stalingrad of the East.

'Tam's diary benefits from his unique position as an army reporter with access to key information sources, from his front-line perspective, his vivid reporting and his incisive analysis. It is the compelling story of a young man's coming of age in wartime and of his ability to retain a sense of humour and compassion under fire.

'This unique diary is the first Viet Minh eyewitness account, written on the battlefield, to be published in English. It is a riveting tale that redefines our understanding of the American Vietnam War (1964-1975).

'The diary is beautifully illustrated with the sketches Tam drew for his fellow soldiers. Pensive and lyrical, in a style close to the French war artists of the First World War, they testify to the cruelty and destruction of war on one's own soil. His drawings from part of the permanent collections of Vietnamese war drawings of the British Museum and of the Ho Chi Minh City Fine Arts Museum.

'Phanh Thanh Tam lives in Ho Chi Minh City where he writes a diary and paints every day.' (Back Cover)

With essay by Sherry Buchanan and artist biography.
Access level 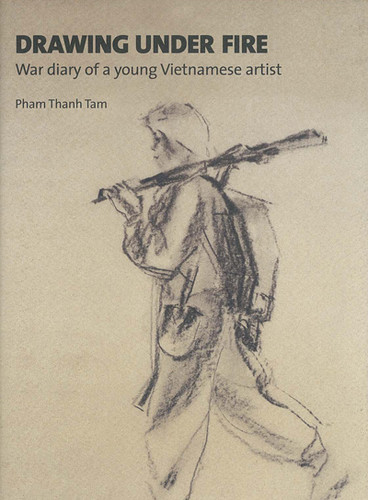