The In-between series of photo books is being published as part of the 'Europe Today' project organized by the EU-Japan Fest Japan Committee. The aim of this project is to photograph an ever-changing Europe. In May 2004, the number of member nations of the European Union (EU) was expanded to 25. In response to this important change, the 'Europe Today' project was inaugurated, sending 13 Japanese photographers to these 25 countries in order to create a photographic record. They will act as 'in-betweens' between Japan and Europe. Each photographer visited two countries except for one who visited only one country.

The images compiled in the present album are taken by Hiroh Kikai in Portugal and Malta. With artist biography and texts by the artist.
Access level 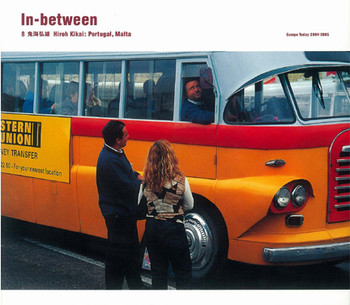