'Oneness features two bodies of work, both related to the Wave UFO project. Oneness is a sculpture of six “alien” figures, linking hands in a circle. The aliens connote otherness, but are irresistibly attractive, encouraging the viewer to kneel down and hug them. When the viewer participates in the work by hugging the figures and welcoming them, the aliens’ eyes light up and their hearts start beating. When all six are hugged at once the base lights up as well. The figures are made with Technogel, a high tech flexible material molded onto a metal armature.

'Connected World, the other major new work in the exhibition, is a series of six circular photopaintings in opalescent cast acrylic frames. The work was developedfrom a series of paintings that served as the storyboard for the immersive video that is projected in the interior dome of the Wave UFO. The paintings were reworked with computer graphics and then transformed into photographs. The works represent the artist’s vision of a connected world, depicting a sequence of deeper dimensions of consciousness and connectedness. Mori's concept of connectedness applies not only to humans, but to every living being. Connected World is an example of her unique fusion of artistic media into a single object. The work combines painting, computer graphics, photography and sculpture.' 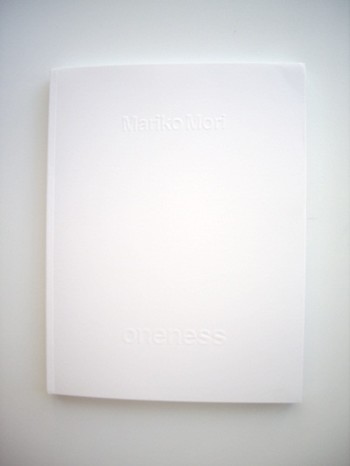