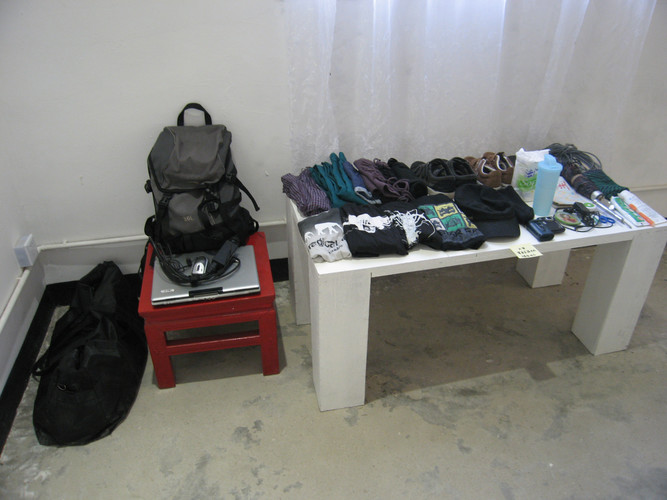 Excerpt from Inward Gazes: Documentaries of Chinese Performance Art 2012, The Macao Museum of Art, Macau S.A.R., 2012, p. 16: 'Sojourn Project is based on the behaviour of strangers. If each person is regarded as a mobile object, for most of the time, people can only move slightly in a relatively fixed circle, and it is hard to break into another one. This project aims at promoting interactions among strangers in China, where materialism has widely spread and morality has become depraved. We want to remind people of the existing problems about interpersonal relationships, so that they can slow down and think about them.'

The performance took place in more than 30 cities in China.