'South-South: Interruptions & Encounters' presented at the Justina M. Barnicke Gallery, Toronto in 2009, brings together eight artists whose work is situated at an intersection of African and South Asian history, politics, or culture. Produced in collaboration with the South Asian Visual Arts Centre, this exhibition was part of a year-long, interdisciplinary series of events at the University of Toronto titled 'South-South Encounters: Conversations across Africa, South Asia, and the Caribbean'. This catalogue includes six commissioned essays which address the possibilities and limitations of a "South-South" framework. 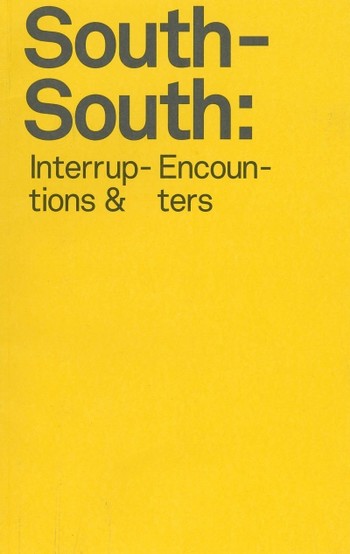