'The '85 Movement was the first nation wide avant-garde movement in the 20th century Chinese art history. Around the mid-1980s, about 100 self-organized art groups simultaneously emerged in the all provinces in China, it turned a storm wave which has profoundly influenced the Chinese contemporary art in the last two decades. As critics or artist, all the authors of this book were involved into the '85 Movement. The book describes the activities ideas of the art groups with enormous first-hand historical sources and materials. In the meantime, the authors also draw a clear picture of the various new modern art trends as well as its impact on traditional art in the ten years after the end of the Cultural Revolution. It gives a better understanding of the historical significance and social role of the '85 Movement in contemporary Chinese art history. As a whole, this book consists of two volumes, one is the history part, the other anthology of historical sources.'  (Back Cover,  The '85 Movement: The Enlightenment of Chinese Avant-Garde)

This book is a revised edition of Zhongguo dangdai meishushi 1985-1986 (A History of Contemporary Chinese Art 1985-1986) co-authored by Gao Minglu, et al, published in 1991 by Shanghai renmin chubanshe. The present publication is the first volume of The '85 Movement series. Please note that the second volume entitled The '85 Movement: An Anthology of Historical Sources with the same location code is also available in the AAA Collection. 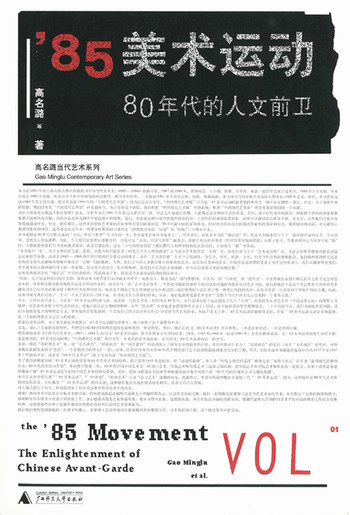 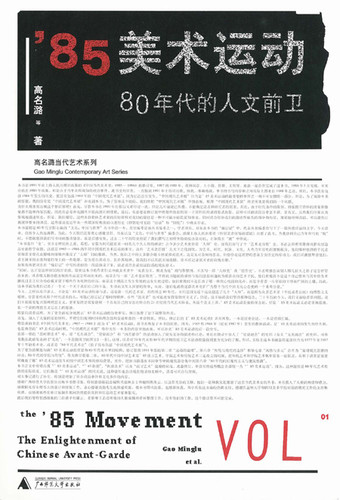