This is a catalogue for the exhibition ‘Primeval Fireball: The Project for Projects’ featuring drawings of projects by Cai Guoqiang which were later realized in various locations of the world. Each of these huge drawings consists of a series of one by two meter panels placed in a row. Most of them were created at the factory of the Marutamaya Ogatsu Fireworks Company in Ibaragi Perfecture and finished at P3 and environment (Japan). A brief description for each of the projects, a report on the production of the ‘Primeval Fireball’ project, and an essay about working with Cai Guoqiang are included. A brief biography of the artist is provided.
Access level

Chapter headings
Beyond Flash and Smoke 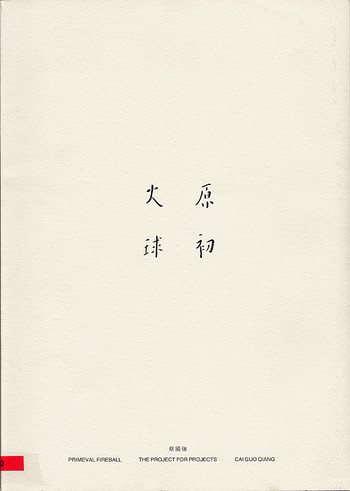