'Disrupted Choreographies weaves eight contemporary voices from Vietnam who propose alternate narratives between colonial histories, collective behavior, systems of class and the crumbling of ideological thought. This exhibition challenges the relationship between Vietnam and the "global" stage, illustrating an artistic community critical of the historical consciousness that often stands in for its name (i.e. the guilt of war; the tourist getaway; the nostalgic colonial).

Vietnam is a nation with a significant conscience that has appeared in more televised media than any other global conflict in the 20th Century, its residual frame is compressed and repeated to ease the guilt of what is locally called the "American War". Vietnam has long been a theatrical stage for the highly choreographed movement of world politics. This is a community at once cautious and embracive of what is foreign, believing in the opportunity of tomorrow as a residual time, as potential for renewal.

The artists in this exhibition juxtapose historical event and social phenomena; relevant to the diasporic contexts they conceptually and physically traverse. Their dance in the residual space of failing ideologies, post-industrialized communities, heterotopias and the ramification of representation are careful artistic choreographies that they understand are in cyclical movement, i.e. in repeat.' - from museum's website.

This catalogue includes the colour plates of the artists' works, the artists' biographies, and essays.
Access level 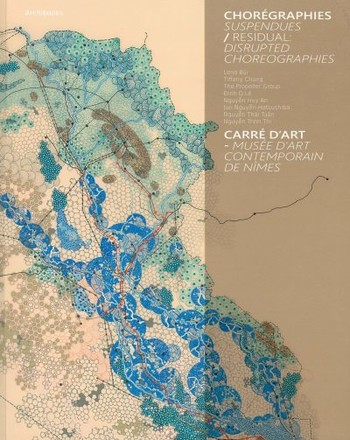