'A ten-volume serial staring three central heroes: Navin, Professor , and Johnny the journalist are joined by extraterrestrial robot Taximan who has landed on Planet Earth to try and prevent the  apocalypse that will see Taximan's Planet Taxi collide with Earth on December 31, 1999. The prophecy says that eight Taxi Heroes must be found and that only their joined forces can save both planets from total annihilation. The climax of the series sees Taximan and his crusaders scale the Acropolis where Taximan takes a severe pounding and nearly dies. Then with only minutes left until planetary destruction, they find the centre of the world and save the day. To close a spaceship lands and Taxigirl steps out, smooching Taximan and recharging his batteries.' - from Navin Production Co.. website. 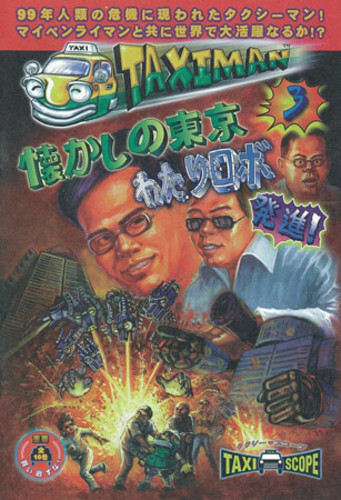