This catalogue was published to accompany the group exhibition of works by eight Japanese artists Ways of Worldmaking organised by The National Museum of Art, Osaka in 2011.

'The title of this exhibition is derived from a book of the same name by the 20th century American philosopher Nelson Goodman. In that work, Goodman discusses the polymerous nature of the world using a semiotic approach. Arguing that as the world is intangible, it does not in fact exist as an entity, Goodman goes on to say that the "world" is entirely a construct that was developed by creating a number of different versions. This semiotic view of a pluralistic world has extensive implications in understanding the work of artists who are taking apart in this exhibition.' - Excerpt from Introduction
Access level 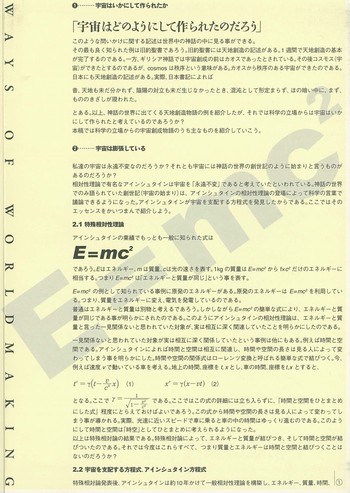 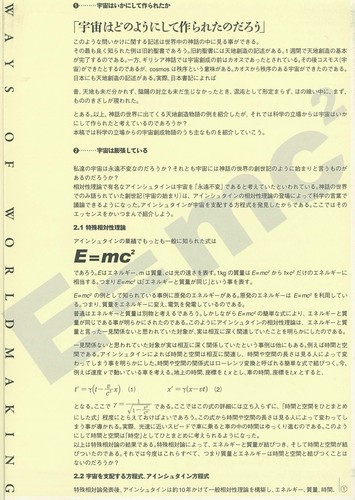